I’m sure many of you know of ‘MMORPG’ (Massively Multiplayer Online Role-Playing Game) such as Everquest, Dark Age of Camelot, Star Wars Galaxies, etc.
These are game universes that can be explored and experienced by tens of thousands of players simultaneously. Play with your friends and family, and explore and experience a mysterious world together for the first time. 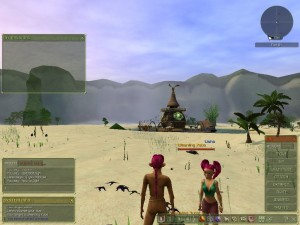 I’ve had a unique opportunity lately to try out an early version of an upcoming MMORPG called “The Saga of Ryzom” which I found very interesting indeed.

Paris-based Nevrax is currently working on The Saga of Ryzom, a fantasy MMORPG that adds in science-fiction elements to create what could very well be an exciting game world. 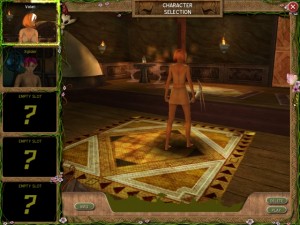 The Saga of Ryzom is an immense story that takes place in the future, our future. It begins on the living planet of Atys, which grows and evolves on its own, sending tendrils into the sky and covering the lands with new life. Explore this lush and vibrant world and work towards unlocking its secrets. The Saga of Ryzom is the mystery of a forgotten past and an unknown future, history has yet to be written in this world, so it could very well be you doing the writing.

First you start by creating your character : you select one of four races (three are currently available in the open beta), then your sex, body type, facial features, and skills. The character customization system really allows you to create your very own character, which explains why every character in the game looks different. 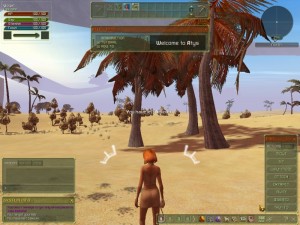 What is interesting is that your skills are not limited right from the start : unlike other RPGs, you don’t have to choose at the beginning you want to be a warrior or a magician and be stuck later with that decision. Want to be an expert animal slayer? All you have to do here is kill many animals and you will become one. Skills are increased simply through use, just as in Morrowind for instance. You also start off in a different location depending on the character you choose.

The Saga of Ryzom takes place in the future on a planet called “Atys”, with its deserts, lakelands, forests, and jungles. 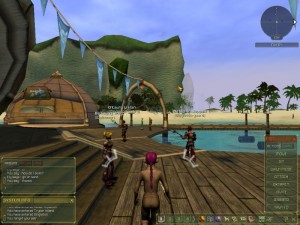 Even in the desert, the graphics details are very rich : trees, vegetation, wild animals ready to pounce on you once your back is turned (yes, I know what I’m talking about, some of those beastly, overgrown scorpions attacked and killed my character).

Since we are talking about graphics, I would like to point out that all the screenshots on this page were of course taken on a XGI Volari Duo card. 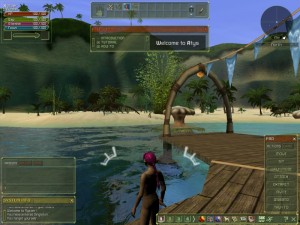 There also is a rather nice looking oasis. If you look closely at the screenshot below, you will see a female character which is supposed to be a “Welcomer” : this is absolutely not true, I tried to talk to her and ask for some help and directions and did not get ANY reply, not even a mere “hello”. Some welcome, huh…

As you can see from the screenshots, the game uses some neat 3d effects such as Pixel shaders for the water rendering. Great water effects, high resolution textures, high polygon count, Ryzom offers a real visual treat. It’s great to see such attention to detail in an online game.

Below is a screenshot from one of my fellow companions. As you can see, the character faces are quite detailed 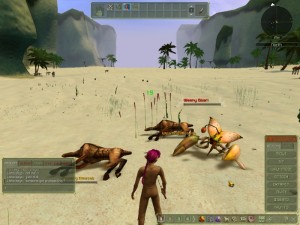 Look at the monsters that I have slain by myself – my trophees. They were certainly no match for someone like me, lol.

All in all, I truly enjoyed Ryzom (and I don’t usually like MMORPG!) : great graphics, nice online experience, good gameplay. Definitely a refreshing breath of fresh air in a world filled of Everquest clones.