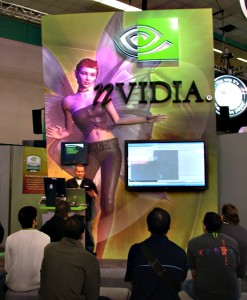 The Game Developers Conference (GDC) is an important industry event that blends the art of game design with the business of getting those games published, and also a place where new technologies and game development tools are unveiled to the development community.

We have put up below some coverage pictures of the GDC with pictures from various IHV stands : XGI, nVidia, ATI, S3 Graphics, AMD, Intel, Nokia and Sony.

The game Breed was demoed on the Volari V8 Ultra card

Here’s a closeup picture of Breed on Volari V8

Halo was also being displayed on Volari 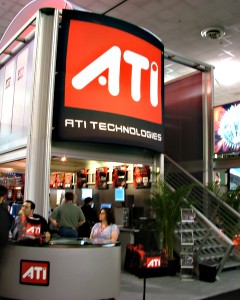 nVidia had some conferences going on at GDC

The Nokia N-GAGE was also showcased at GDC

Closeup picture of the N-Gage

A big thanks goes to WW once again for making this article possible.